The set of events and efforts that formed the basis of the phenomenon of Euromaidan, currently have unambiguous interpretation and evaluation, but certainly, we can say: Maidan became a kind of epicenter of major changes in the country and a symbol of patriotism and sacrifice. It started the process of transformation, not only on the political scene, but also commenced social and cultural transformations. Obviously, the consequences of this explosion of anger and dignity, which unleashed enormous social energy, will be felt for decades both in geopolitical terms and in internal social and political relations. The significance of the event, the memory of hundreds of people who paid with their lives for their choices and civil position, determine the need for its full comprehension and study, preservation and presentation of historical memory 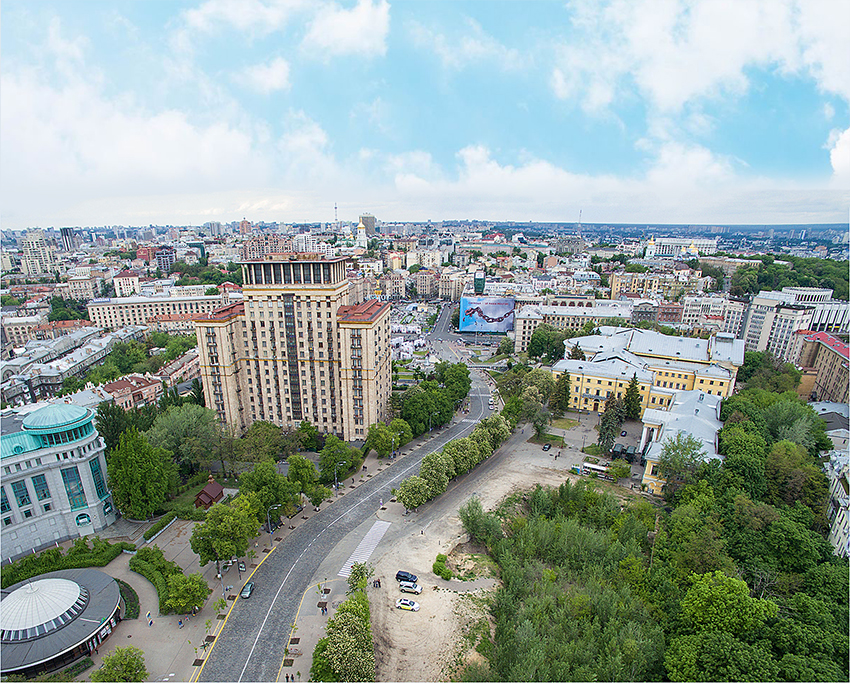 • To take into account the previous work for the memorialization and museumification of Revolution of Dignity field and to raise a question of the future of Ukraine by the architecture and arts instruments.

Task of the competition

The site is situated in the very central part of Kyiv in Pechersky and Shevchenkivsky districts.

The place for memorial-museum complex is located exactly on the territory of the Revolution of Dignity events, on the Alley of Heavenly Hundred Heroes.

The competition „National Memorial to the Heavenly Hundred Heroes and Revolution of Dignity Museum“ is based on results created in the Terra Dignitas competition.