The creative association of film documentaries "Babylon13" handed over to the Maidan Museum about 300 hours of recorded events of the Ukrainian civil protest from 2013-2014. Documentary video material without installation interference, according to director Volodymyr Tykhyi, has a more historical significance than an artistic film. This material, which recorded the first decisive steps of civil society, existed for a long time in one single copy, so the idea was to make a copy and transfer it to the funds of the National Museum of the Revolution of Dignity. There are also unique cadres made by employees of the National Guard's Special Service, which they once gave to the creative association "Babylon'13".

"In fact, during the revolution on the Maidan almost every day we were filming something, - says the founder of the association  Volodymyr Tyhyi. - Most of the tape is shooting of the events of the confrontation, but we also have life, discussions between the protesters. For me, the most exciting moment from the film is "Pear" (events on Mykhailo Hrushevsky Street - Ed.). There are unique things. For example, Yuriy Gruzinov (documentary cinema operator, winner of the Shevchenko Prize in 2018 - Ed.) Was wounded almost at the same time as Serhiy Nihoyan. He was shot several times, and one shotgun hit the lungs. Yuriy quickly received medical help, and he immediately took the camera in his hands and started filming that horrible morning when death first stepped to the Maidan. It was very important for us to convey these materials because we are cinematographers, not historians. If such a material will just lie around, this is not right. It is great that there are such partners as the Museum of the Revolution of Dignity. I hope, after proper processing, this material will become even more valuable".

Bohdan Poshyvailo, the coordinator for the creation of a video and photo archive of the Maidan Museum, said: "We have a  good start – this studio gave us a huge archive. This is, of course, one of the largest collections of video-testimonies, an extremely valuable documentary for researchers. In the future, this video will become part of the exposition space, will be used in educational projects of the museum. This is also a good example for others to join and interact with the Maidan Museum. Prior to this, we were mainly provided with photographs, and Babylon'13 was the first to hand over a large array of video materials".

Now the Maidan Museum team is working to create a digital archive with easy access for anyone interested in the theme of the Revolution of Dignity. Along with the search for material artifacts, the collection of photographs, videos, important online publications, audio and video memos of participants not only of EuroMaidan but also of other iconic civil protests from the Granite Revolution is being actively pursued.

One of the obligatory directions of the museum's activity is the creation of a research center. In the future, the Maidan Museums, which will be erected on the Heroes of Heavenly Hundred alley, foresee a separate space for them. So while the physical walls of an institution at the design stage, the team of the National Museum of the Revolution of Dignity will work with its partners and associates on its content and scientific foundations. We call everybody who has original materials and artifacts, send them to the Maidan Museum and thus join us in creation. 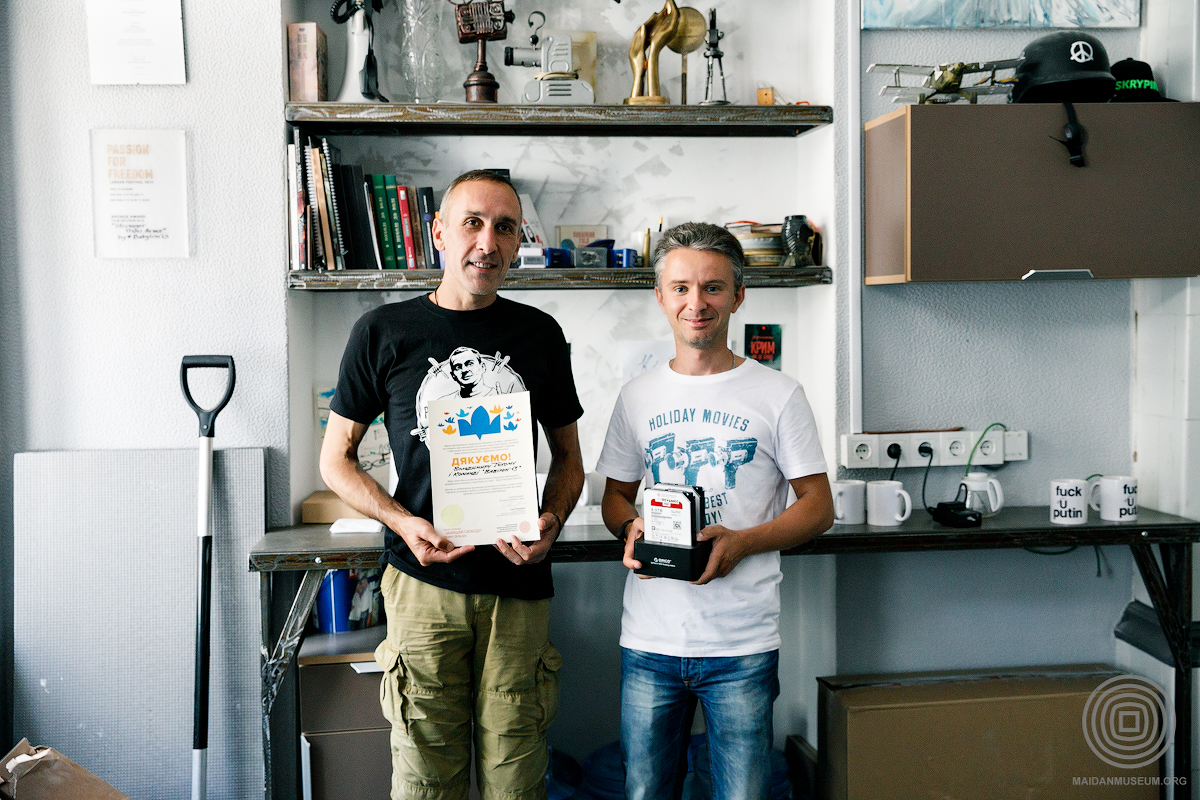